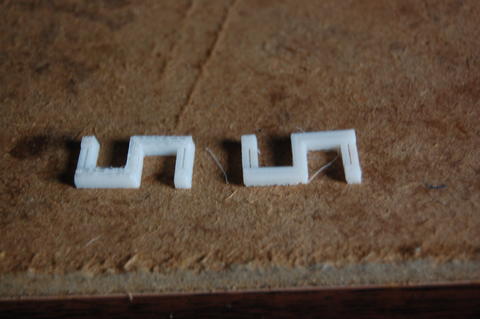 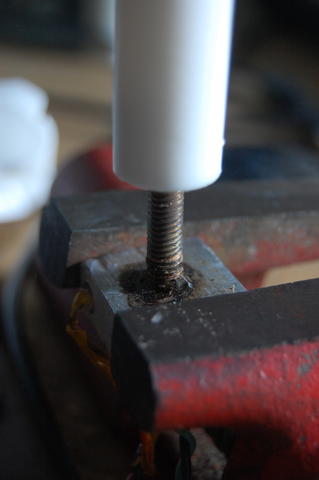 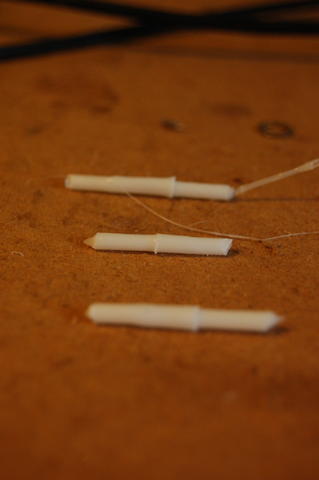 As the title suggests, today I made my first real prints. I've been having trouble with tensioning the y-axis belt, and Thingiverse had a printable tensioner. Perfect! I printed two. I also found a model of Curiosity, which piqued my interest. As I was printing, I found a problem with the extruder: as it runs, the PFTE insulator heats up to the point where the PLA may become elastic before entering the heating chamber. The pressurized PLA squeezes itself into a plug just before entering the PFTE insulator, and stops the flow of plastic. Without new plastic entering the barrel, flow slows, then stops, ruining the print.

That hints at my next project: rebuilding the hot end to be less of a miserable failure. The one I have consists of a brass rod, drilled into a PFTE insulator. The insulator fits into the bottom of the extruder, and the other end of the rod houses the heater block and extruder head. Problem is, I drilled the brass rod in too far, so even the top of the insulator is hot enough to warp PLA. Under the pressure, it jams. I found a design on the Reprap Builders blog that did away with the PFTE almost entirely. The designer reported that it worked well and required few parts above the stock hot end. That design was based on another on Thingiverse. Both designs use metal bits as heat sinks to replace the PFTE liner. There are two advantages to this construction: first, it removes the metal-plastic junction, which is a common point of failure. Second, the end of the extruder is kept cold, preventing the jams I had.